Since 2016, Disney repurchased the film rights for Prydain Chronicles, and no further announcement was made. probably shelved.
Considering....

Disney is doing the stand outs, the well knowns first: the crown jewels of the Disney animated feature canon for movie theaters and Disney+.   However, some of the lesser, obscure and cult films of Disney's animated feature canon don't seem to make it to get the treatment. Perhaps for the better.
Don't get me wrong, I like some of the remakes and reimagings like Pete's Dragon (2016), The Jungle Book (2016) and The Sorcerer's Apprentice (2010).
Other remakes/reimaginings ether miss the mark or give me the feeling of wanting to watch something else.  even worse the remake/reimaginings taint the legacy of the animated classics. maybe we shouldn't wish on a star for that.  On the other hand,
Here a storyboard pitch reel for a live action Prydain film by Jared Crossley and Justin Kunz pitched to Disney.
cool.
The animated film may be a cult classic, there are those who think The Black Cauldron (1985) improved over the books, others say it's not a good representation of the books.
As for me, I'm admittedly torn between the two.  I would love to see more movie adaptations of the books, if done right.
Even though the story was rushed, I love the 1985 animated film still has a place in my heart since the early 2000's when my dad first rented that movie from Blockbuster video.
I'm not so sure how Disney would approach to revisiting the Prydain Chronicles these days. I doubt they are doing anything with this now.

Posted by VoiceTalentBrendan at 7:50 PM No comments:

Cameos in Disney's The Black Cauldron (1985)

funny caricature of animator Phil Nibelink as one of the Horned King's huntsmen yelling at creeper. 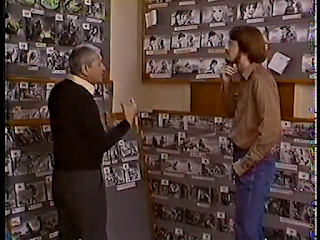 and here he is with director Ted Berman in The Disney Channel's Walt Disney Studios' Showcase episode: Backstage at Disney (April 1983)

in the fair folk sequence of The Black Cauldron, a slightly redesigned Tinkerbell makes and appearance between Taran the assistant pig keeper and Princess Eilonwy. edit: hmm. or.... maybe on the right.

Wait a minute! is that Witch Hazel from Trick or Treat (1952) in a slightly different costume far on the right of this image?
Wow. 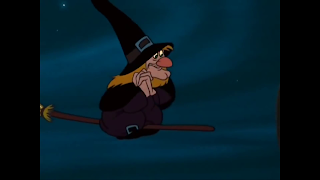 I remember, on the Skull Rock Podcast that that Joe Hale
mentioned he had a caricatured appearance as one of the fair folk.
that might be him on the far left in this screen snapshot, If I am not mistaken.

Posted by VoiceTalentBrendan at 10:00 PM No comments:

apologies for not posting nearly all this year. I have taken sort of a back seat from blogging.

I will be posting again here tomorrow on Sunday.

Posted by VoiceTalentBrendan at 5:45 PM No comments: 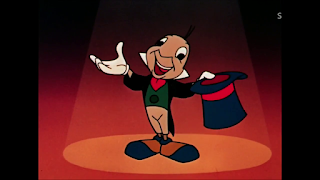 Posted by VoiceTalentBrendan at 4:08 PM No comments:

Presented here are some pages from the Walt Disney Productions Annual reports from 1974 and 1975.

As for The Black Cauldron's script development, Rosemary Ann Sisson is mentioned to have written the film's script. (It makes me wonder, how does her early script compare to Lloyd Alexander's rejected script and the final finished film?)

and what is also interesting is that The Black Cauldron had a different title: The Cauldron. 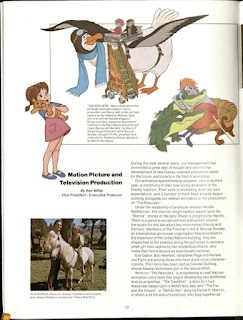 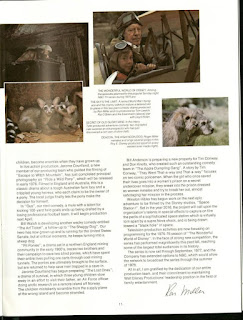 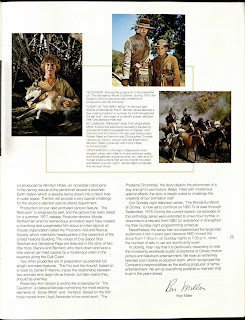 Posted by VoiceTalentBrendan at 9:27 PM No comments:

Posted by VoiceTalentBrendan at 8:30 PM No comments:

Posted by VoiceTalentBrendan at 2:24 PM No comments: